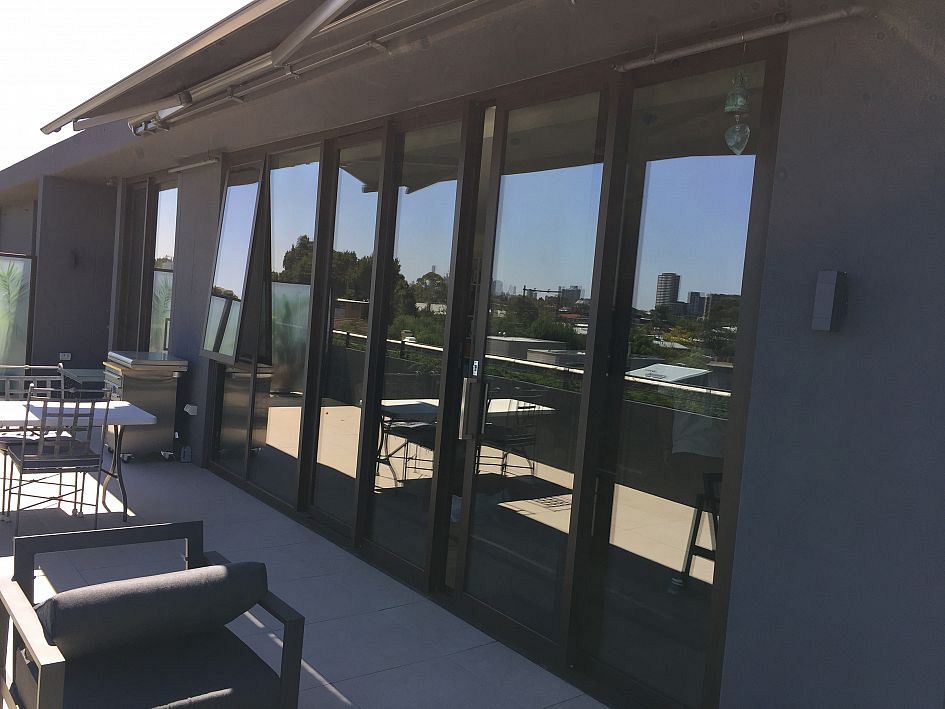 Over the past 25 years or so window tinting we have often been asked many questions regarding Tinting, frosting, and window films in general. One of the biggest questions goes along the lines of "Why bother Tinting windows in Melbourne? It rarely gets that hot compared with other places in Australia."

We have outlined below four main reasons that we'd like to chare with you:

1: Window tinting in Melbourne does not just apply to heat shielding when it is hot. Sun Glare can be a massive issue in Melbourne. We are often called in to find a solution to sun glare issues in offices where computer screens cannot be easily seen during daylight hours. The same goes for homes where the sunglare can be a problem.

2: UV damage can be minimised with window tint. Even a low sun blocking window film can stop 99% of UV light. This will help to keep carpets, furniture, and artwork safe from fading. If you have investments it is well worth protecting them from UV damage.

3: Not all window tinting in Melbourne applies to keeping heat out. We spend a lot of time installing winter heat loss film. 3M Thinsulate is a godsend for people in colder climates like Melbourne. It works with similar results to double glazing, but without the cost.Thinsulate is a window tint that has revolutionised the tinting industry.

4: Not all window films are made for tinting to control the sun and heat. We deal with films that make your glass harder to see through, or even safer in the case of an accident.

There is a lot that we can do with glass these days. The tinting industry, led by 3M has evolved a lot in the quarter of a century that we have been involved. Window films can do a lot more than just blocking heat. There is pretty much something for every occasion.

If you would like more information, please get in touch.